“The New Evangelization impels us to continue joyfully responding to the Spirit that never ceases to stimulate our communities to a deep conversion. Our call to celebrate the Gospel and to proclaim it to all our communities is at the very core of the creative ministry of the FIP.  With years of Hispanic experience the Federation will continue to respond to the challenges of today’s world and will continue to serve by offering excellent faith, academic, and ministerial formation to our communities and beyond.”

FIP is a non-profit organization of volunteers totally committed to leadership formation of our pastoral agents at the service of the Latino/Hispanic catholic communities in the US.  Your help and support is very important to us. A big THANK YOU for your kind and generous donation to us!

“A sign of vitality in ministry to our Hispanic communities is the ever growing numbers of laity in need of learning and deepening their knowledge of one’s faith, a crystal-clear sign for us to continue offering sound and quality services throughout every ministry within the Church. This ever present need is the reason why and how many new educational services have been brought to life in every region of the country. The challenges are indeed varied and many for anybody to deal with them in isolated ways. That is why FIP [Federation of Pastoral Institutes] came into being. FIP‘s mission is to offer excellent faith formation services to our Hispanic communities en route to God.” 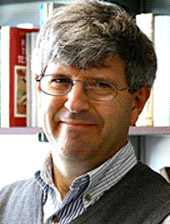 Robert A. Hurteau, Ph.D., Director of the Center for Religion and Spirituality, is a former missionary who has continued right on since with a multitude of service-oriented roles in pastoral and theological fields with a keen focus on diversity. Since becoming director in 2005, Dr. Hurteau has greatly expanded offerings in Hispanic theology and ministry, and worked in partnership with the Los Angeles African American Catholic Center for Evangelization to bring into existence a program in African American Ministry. He has been heavily involved in constructive dialogue between various religions and peoples, standing firmly in partnership with the Los Angeles Hindu-Catholic Dialogue, the Los Angeles Buddhist-Catholic Dialogue, and local initiatives for Jewish-Catholic relations.

Dr. Hurteau is on the board of Fuller Theological Seminary's School of Theology, a member (and past president) of the Association of Professors of Mission, and a volunteer with its sister organization, the American Society of Missiology, currently serving on its board of publications.  He is currently a member of the California Catholic Conference (CCC) education committee.


Dr. Hurteau recently authored A Worldwide Heart: The Life of Maryknoll Father John J. Considine, a biography on Maryknoll missionary John Considine that offers a look into the U.S. Catholic missionary movement in the twentieth century.