“The New Evangelization impels us to continue joyfully responding to the Spirit that never ceases to stimulate our communities to a deep conversion. Our call to celebrate the Gospel and to proclaim it to all our communities is at the very core of the creative ministry of the FIP.  With years of Hispanic experience the Federation will continue to respond to the challenges of today’s world and will continue to serve by offering excellent faith, academic, and ministerial formation to our communities and beyond.”

FIP is a non-profit organization of volunteers totally committed to leadership formation of our pastoral agents at the service of the Latino/Hispanic catholic communities in the US.  Your help and support is very important to us. A big THANK YOU for your kind and generous donation to us!

“A sign of vitality in ministry to our Hispanic communities is the ever growing numbers of laity in need of learning and deepening their knowledge of one’s faith, a crystal-clear sign for us to continue offering sound and quality services throughout every ministry within the Church. This ever present need is the reason why and how many new educational services have been brought to life in every region of the country. The challenges are indeed varied and many for anybody to deal with them in isolated ways. That is why FIP [Federation of Pastoral Institutes] came into being. FIP‘s mission is to offer excellent faith formation services to our Hispanic communities en route to God.”

My name is Robert Hurteau, and as of today have assumed the office of President of the Federación de Institutos Pastorales (FIP). Since 2005 I have been the Director of the Center for Religion and Spirituality at Loyola Marymount University in Los Angeles, California. During these years I have been working on Hispanic or Latino/a pastoral ministry formation programs, years in which I have learned much about the life of faith of the Hispanic Catholic community.

Robert A. Hurteau, Ph.D., director of the Center for Religion and Spirituality, is a former missionary who has continued right on since with a multitude of service-oriented roles in pastoral and theological fields with a keen focus on diversity. Since becoming director in 2005, Dr. Hurteau has greatly expanded offerings in Hispanic theology and ministry, and worked in partnership with the Los Angeles African American Catholic Center for Evangelization to bring into existence a program in African American Ministry.

The Hispanic Future of the Catholic Church in the United States

Today we see an obvious Latino Boom in the United States. The current social science projections for the future demographics in the USA confirm and predict that- if certain factors remain constant- Hispanics will no longer be a minority someday before the end of the 3rd millennium. Hispanics represent a considerable cultural force and not just to the economy and politics. But will Hispanics also be the religious force that we need in the USA? Will Hispanics be the promised Hope for the Catholic Church in the USA?

Friends and Members of the FIP,

During Advent we are reminded to “remain vigilant at all times” (Lk 21:36) for the coming of the Lord. Let us pray that together we make the time and space for Jesus to be reborn in our hearts.

What we have seen these days is a war against organized religion and the right use of conscience by some in government, the US Catholic bishops fighting for these fundamental freedoms, the treacherous reactions by some institutions within our Catholic Church, the Pope’s visit to Mexico in the land of the Cristero persecution, the debut of a movie on the Mexican Cristero war in the mid twentieth century against a socialist persecution of the Church (Cristiada or For Greater Glory), etc. The positive events make me feel proud to be a Hispanic Catholic of Mexican descent. May the blood of the martyrs run through our veins in the communion of saints! ¡Viva Cristo Rey! But the negative events of dissent and rebellion within the Church have shocked and saddened me. These divisions in our nation and within our Church make me ponder “By what authority do they do these things?” (cf., Mt 21, 23). | read more

I encourage all FIP members that we take advantage of our annual meeting, which will be January 16 to 19, 2012 in Romeoville, Illinois (in the Diocese of Joliet), and that we invite other colleagues, directors of formation institutes or programs, whether at the diocesan, regional or national level, so that they enrich themselves, and enrich us, with their participation. | read more

FIP’s recent participation at the Collegeville National Symposium on Lay Ecclesial Ministry made manifest its leadership since many Hispanic leaders present at the symposium were and/or still are FIP members! We met old friends and made new friends at the symposium, and we hope to see them again at our annual FIP meeting in January 2012! And thanks to their leadership and faith in our organization, FIP was named and called upon for about 5 of the 86 proposed recommendations towards the end of the symposium, and though none came up as one of the final 5 recommendations, FIP may be implied in 2 of them that mention “the need for further dialogue with representatives from culturally diverse groups about the cultural implications impacting lay ecclesial ministry formation, certification, and authorization” and “a need for cultural sensitivity within the certification process”. | read more

First of all, we congratulate His Excellency, Bishop Felipe Estévez, a friend and episcopal consultant of FIP, for his nomination as titular bishop of the Diocese of St. Augustine, Florida. I hope with a filial spirit that he continue accompanying and granting his friendship and support to the FIP, and in spite of his new obligations. Either way, on behalf of the FIP, we are grateful for his pastoral companionship and direction in our meetings and processes. And as a friend and consultant, his guidance and paternal counsel will be filially solicited as we may be in need of it. | read more

During the Easter season we celebrate our passing from darkness into light — from death into life. The Son of God has ransomed us through His blood so we may find our way back to the Father. Jesus restored the life of unity to which we have been destined from our creation — unity with God, creation, and one another. In the resurrection of Jesus, we find a new way of life — a life of harmony and love which reflects the communion of the Trinity. The resurrected Jesus calls us to transform everything that divides the human community. We celebrate Easter when we embrace one another as brothers and sisters in God.   | read more

Amid sorrow, an expression of God's love


As we start this Lenten season, I had the opportunity to enjoy the show “Les Miserables” performed by the students at Pope John Paul II High School in Royersford. Both the dedication and energy of the young people in the show as well as Victor Hugo’s work have been a source of inspiration as I reflect on the power of forgiveness in our lives. | read more


This week, January 2-8, we commemorate National Migration Week.  The observance of National Migration Week began over a quarter century ago by the bishops to provide Catholics with an opportunity to celebrate the wide diversity in the Catholic Church and the contributions of immigrants and refugees.  Renewing Hope, Seeking Justice is the primary theme for this week.  Under the umbrella of Hope and Justice, the Bishops calls us to reflect on the stresses and strains that migration has on families. | read more 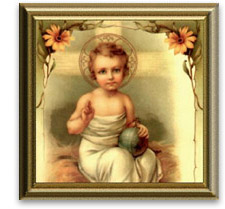 Baby Jesus has always had a unique place in my family, particularly as we prepare to celebrate Christmas. It was my grandmother who gave my parents their first Baby Jesus. With great dedication my mother dressed the image which remained covered until Christmas Eve. Following the tradition, my mother gave my brother’s family their first Baby Jesus. Now, my nephews and niece praise the Holy child with carols and kisses—as I used to do when I was a child. | read more


We Proclaim the Kingdom, Even Amid Turmoil

Nov. 19 we celebrate the feast day of Our Lady of Divine Providence. In the image, Mary leans over the Christ Child, who in an attitude of complete trust sleeps peacefully on her lap. The Virgin’s hands are folded in prayer while she gently supports her Son’s left hand. The whole carving suggests tenderness, abandonment, devotion and peace. Pope Paul VI, by a decree signed on Nov. 19, 1969, declared Our Lady of Divine Providence principal patroness of the island of Puerto Rico. | read more